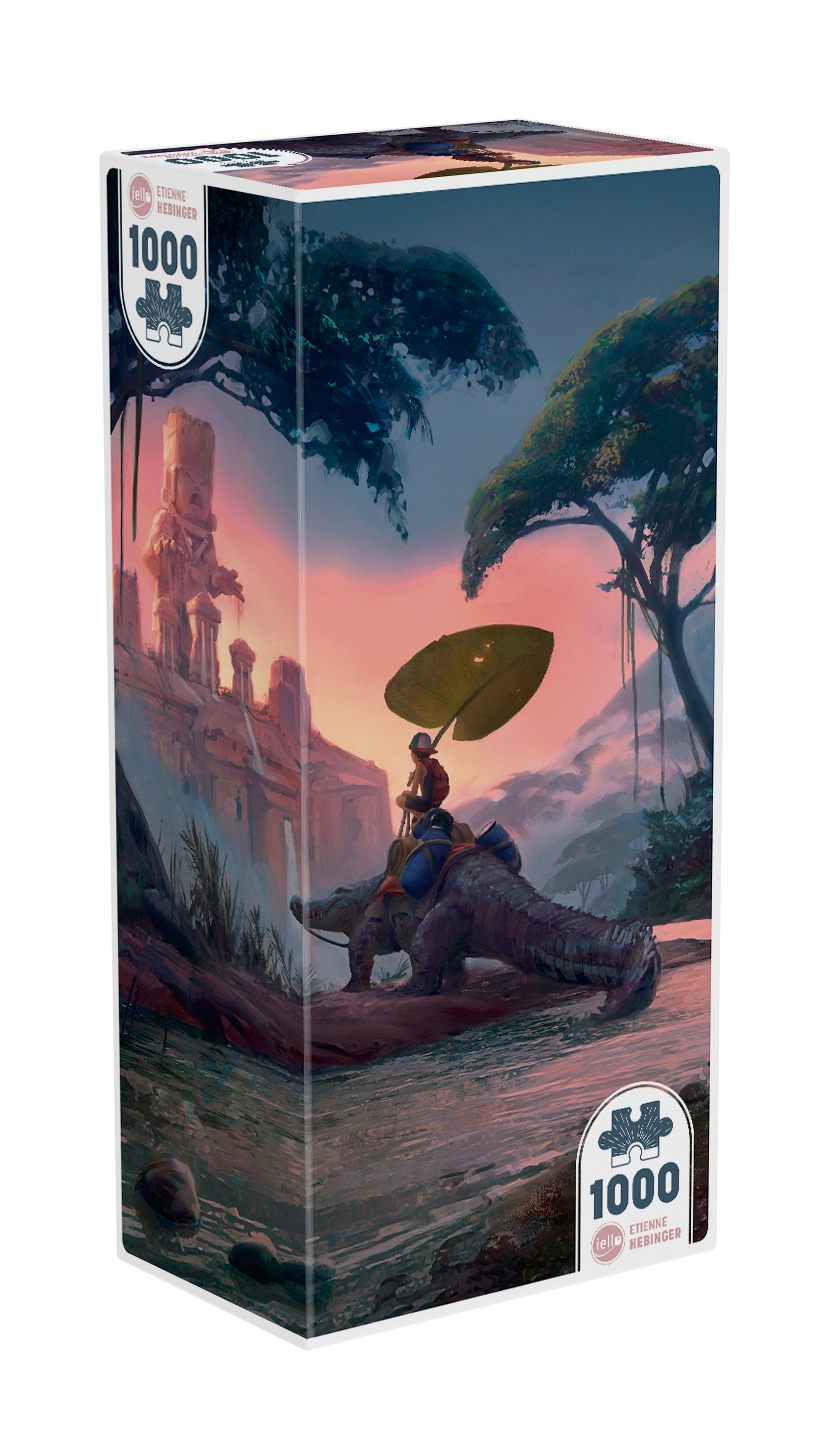 Be wary of this warm and comforting scene. The modern day Mowgli seems to be in control of things… but the fact remains that he is riding… an alligator.

This puzzle stands apart with its elements that are all mixed together in a multitude of green and brown tones, rendering them dangerously indistinguishable. Fortunately, the sun rising over the temple brings warmth to the scene and makes it easier to identify.

“The Origin Jungle” is an illustration created in 2017 by Etienne Hebinger. Its story… well, he’d rather not share. This artist prefers to keep the inspiration behind his work a secret so as not to influence the viewer’s perception. This way, the door to your imagination is left wide open! 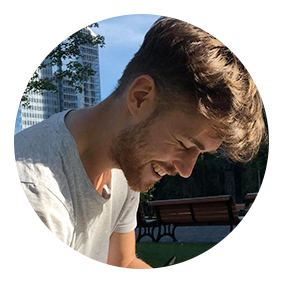 Etienne Hebinger is an illustrator from Strasbourg, France who, after studying applied arts, turned very quickly to illustration. He chose to end his studies and train on his own for his dream job. It was through relentless practice and collaboration with other passionate illustrators that he refined his technique, improving his drawing and painting styles until it became his career. His work focuses largely on landscapes and architecture in the fantasy realm.